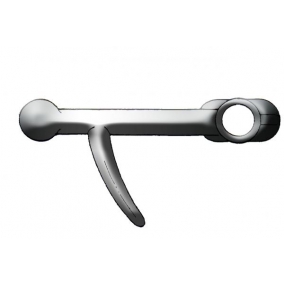 This latch is made from mild steel, and is a weld on style latch. The latch is designed to be used with a weld on keeper (1128.52), and is a left handed orientation.

This latch is commonly used on tippers, trailers, trucks and other large industrial vehicles. It is also used for agricultural, general industrial and marine applications.